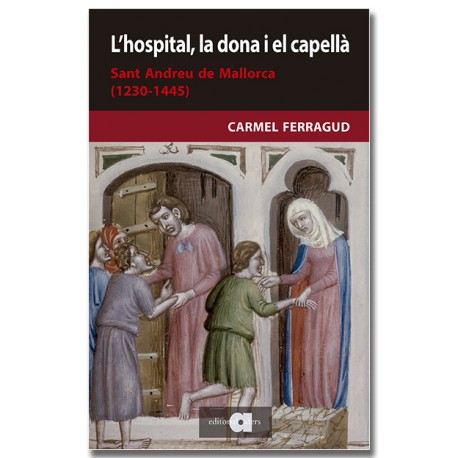 Soon after the conquest of Majorca in 1229, Nuño Sánchez, count of Rousillon and Cerdanya, wich had been a central figure and who had been one of the most favoured by James I donations, founded in the capital island a hospital in favour of Saint Eulalia, wich would later on recieve the final name of Saint Andrew. The count established bases for its operation and provided it with material goods. But the plans changed when the noble died without heirs, the hospital changed to be under the sponsorship of the royal house. Slowly the institution had to adapt to the will of the monarchs and the social, political and economical circumstances of a convulsed era like the late medieval age, with wars, hunger and diseases. All of these things are the interest of this study. The objective is to follow it’s trajectory until the dissapearance when it becomes part of the General hospital of Mallorca, in the middle of the 15th century, from the analysis of diverse sources, conserved in sparse ways in the archives of the ancient Crown of Aragon; approach the phisical structre of the hospital, their sources of income, the managers and employees of the institution and the treated patients who were poor. Saint Andrew is another example among the thousands of hospitals wich appeared in the european West. A key element, symbolic, with a multitude of extraordinary key elements characteristically of what were common ideals during christianity, but also with the particularities that characterize all those charitable institutions.