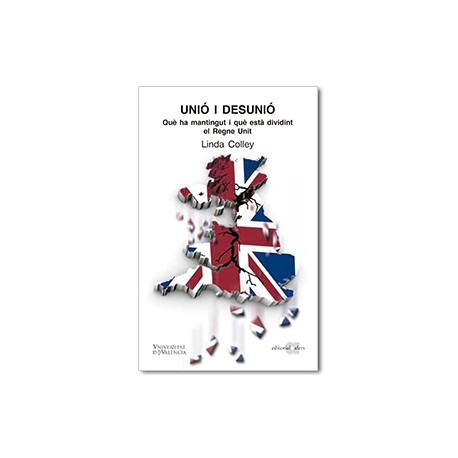 In the year 1707 the United Kingdom was born with the union of England and Scotland; a century later Ireland was incorporated. Throughout the next two centuries the most powerful empire of the contemporary history was consolidated. Now, three centuries later, the British Empire no longer exists: Ireland has been an independent State for almost a hundred years and Scotland has recently held an independence (self-determination) referendum.  Moreover, the United Kingdom, voted in 2016 its exit from the European Union.  Linda Colley, the most distinguished British historian for her studies on national identities, in Unió i desunió. Què ha mantingunt i què està dividint el Regne Unit? suggests an interpretation of this complex political and national structure based on comparative history and includes political history, art, literature, music, and landscape. The author skilfully outlines the past and future challenges of United Kingdom, a state that, in nowadays European situation of redefinition of national identities, is of extraordinary interest.

The text, initially thought as radio chat shows for the BBC, incorporates an unpublished prologue where the author analyses the most recent events in the history of United Kingdom and makes an interesting comparison with the situation of Catalonia and Spain.

LINDA J. COLLEY is a member of the British Academy and is a professor in History in Princeton University, having previously worked in universities like Cambridge, Yale and the London School of Economics. Her most distinguished works are: Forging the Nation 1707 – 1837 (1992), Cautivas. Britain, Empire and the World, 1600 – 1850 (2002) and The Ordeal of Elizabeth Marsh: a Woman in World History (2007). Her works have opened new means of interpreting the history of the British Empire and the construction of British national identity, topic in which she is recognised as the most prominent voice.