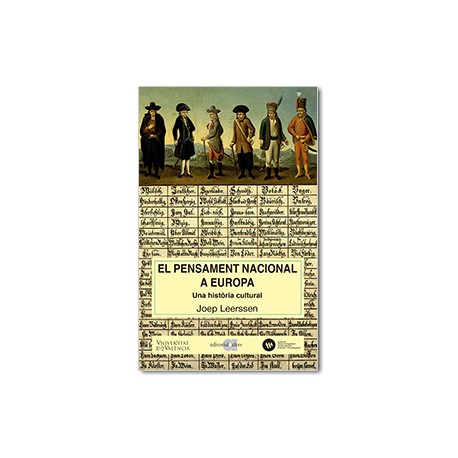 Nowadays, the national thought is the largest chronological and thematic study about the origins and the development of the idea of a nation in Europe. With an incredible arrange of cultural materials that covers all the continent, the book is a piece with encyclopedic power. Although every European case is different, the author shows the interrelation and the common traits that the idea of nation has all over the continent from a comparative history point of view. Joep Leerssen offers a surprising point of view about the policies of identity in the contemporanean Europe and until our complex present when he traces the history of the modern nation State. This book is enriched with an unpublished prologue specially written for the occasion.

«A powerful, lucid, concise and elegant essay that places the different European nationalisms within their own cultural contexts. It is appealing to students, but it will also show new things to teachers». Peter Burke

«It is not only the best cultural history about nationalism in Europe but it also is a remarkable contribution to the theoretical debates about nationalism (...) a book of great subtlety and academic richness...» John Hutchinson, a Nations and Nationalism

JOEP LEERSSEN is a professor of modern European literature at the University of Amsterdam and he is the author of a variety of monographies. He has also edited powerful works dedicated to the cultural study of nationalism, like Commemorating writers in nineteenth-century Europe: nation-building and centenary fever (co-directed with Ann Rigney, 2014) and Imagology: the cultural construction and literary representation of national characters: a critical survey (co-edited with Manfred Beller, 2007). Among his most highlighted projects, we encounter the online edition of the Encyclopaedia of Romantic Nationalism in Europe (ERNIE), the most ambitious available multimedia work about the study of nationalism in the contemporanean Europe. A written version of it has been published under the title Encyclopaedia of Romantic Nationalism in Europe (Joep Leerssen, ed., 2018, 2 vols.). He has published in Catalan in the Afers magazine (2017) the article «Na-tio-nalism and the growing of culture» (El na-cio-nalisme i el conrreu de la cultura).