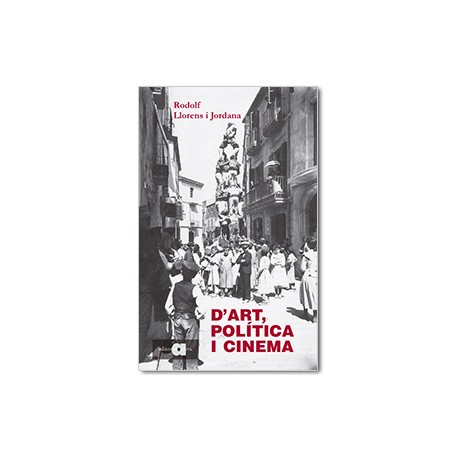 The book gathers texts and articles by Rodolf Llorens Jordana that were dispersed or unpublished.  They give a global overview of his ideas  about art, policy and philosophy. Llorens Jordana shows his encyclopedic knowledge, but he conveys it with a lively and sharp style that questions the reader all the time. He displays his critical view and he provides an incisive view about cinema, philosophy and Catalan nationalism. The texts cover the central period of the 20th century, and even though they keep a good continuity and unity, they can be divided into two periods: those done and published during the Second Spanish Republic and those that were already written and thought in and from exile. It happened in the context of the Second World War and the activity of Llorens from the Catalan Center of Caracas and the Floral Games of the Catalan Language during the exile (and until the 1970s)

Rodolf Llorens Jordana (Vilafranca del Penedès, 1910 - Caracas, 1985) obtained a degree of Philosophy and Literature with Honors in 1930 at the University of Barcelona. For some years, he was a teacher in some schools and he initiated an intense journalistic and political work as an activist of the ERC, the PSUC and the 'Unió de Rabassaires'. His point of view and his way of thinking is closely akin with the tradition of Ramon Turró and it faces against Eugeni d'Ors and Josep Ferrer Mora. His most important books are: La ben nascuda (reprinted in 2005), Servidumbre y grandeza de la filosofía (reprinted in 2010), Com han estat i com som els catalans (reprinted in 2009) and Catalunya des de l’esquerra (published by Afers in 2005).