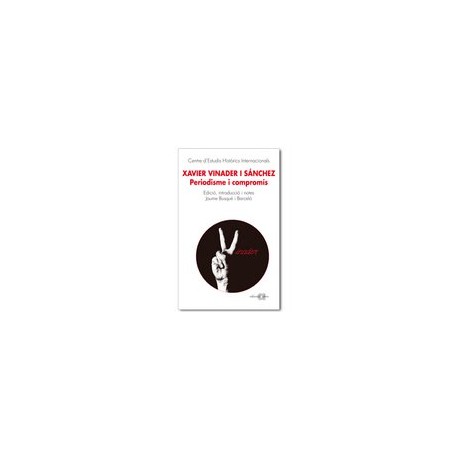 Xavier Vinader i Sánchez (Sabadell, 1947) studied at the Official School of Journalism in Barcelona and collaborated in the ‘Diari de Sabadell’ and ‘Radio Juventud de Sabadell’, as well as the magazines ‘Can Oriach’ and ‘TS’. He was a correspondent of ‘La Vanguardia’, Europe Press, ‘Correo Catalán’, ‘Tele/eXprés’ and ‘Mundo Diario’. He has been an editor of the University Gazzette, ‘Mundo’, ‘Arreu’, ‘Primera Plana’, ‘Interviú’… At the end of the 1979, he published in ‘Interviú’ three reports on the Guerra Sucia in Basque Country, which he meant that the national court began a judicial procedure condemning him to seven years in prison. That fact forced him into exile, where he received the support of several agencies and the international press. He returned voluntarily, entering Carabanchel and the 21st of March 1984 the government granted him a pardon. His career and some of his reports have deserved national and international awards. The Guerra Sucia against ETA has in Vinader collection a special importance. You can also find documents on the actions of intelligence services and security bodies on a global scale. Organised crime, which has been the protagonist of Italian, Japanese and Chinese organisations, occupies an important section. The research on destructive sects and the recruitment of adherents contains a large number of documents, as well as the international networks of prostitution, arms trafficking and the organisation of mercenaries. Nazism is the highest moment of its history and its attempts at the end of the war, together with the contents of the documentary collection that bears the name of Xavier Vinader i Sánchez, make up a file of great value for historians and journalists.