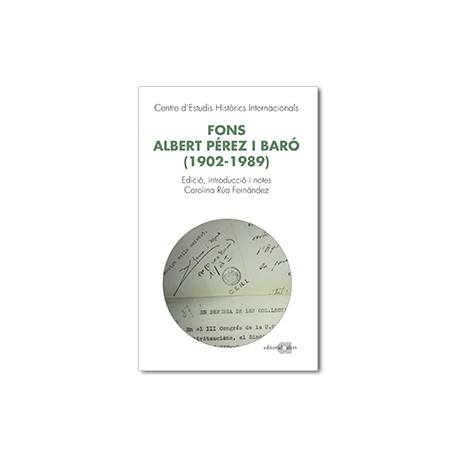 Albert Pérez i Baró (1902 – 1989), a Catalan trade unionist and writer, actively participated in the drafting and implementation of the Decree of Collectivisation approved on October 24, 1936. As a prominent member of the ‘Conselleria’ of economy of the Generalitat de Catalunya, he will be one of the greatest craftsmen, so once the war is over and in exile, he continued to disseminate through numerous talks and publications the spirit of workers self-management. Socialists, as he himself was defined, were betting on a collectivisation of companies where the workers assumed both the production and the manpower as the management and decision making. It was a proposal with air socialisers, with control and supervision of the institutions, but without falling into the nationalisation. Among him most important works, we have to mention 30 mesos de col·lectivisme a Catalunya, from the 1970 and with a prologue from the President Josep Terradelles, or Autogestió obrera, from 1974, nowhere he explains the collective experience during the convulsive years of war. The compilation of the various documents reproduced in this book, such as letters, drafts of speeches, implies a first-order approximation, with personal reflections, to one of the most innovative and original facts in the history of the Worker’s movement.