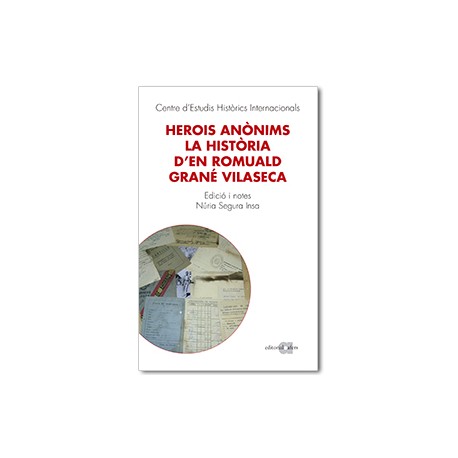 With the number 15 of the collection ‘Els papers del pavelló de la república’ we get closer to Romuald Grané Vilaseca’s life (Artés, 1923 – Mataró, 2012). Under the title Anonymous Heroes, we know the trajectory of one of the many clandestine militants, Republicans and communists who fought against Franco’s regime, whose names have not had an echo in the media as other political leaders of other public personalities. This book, supported by interviews, writings and personal documentation, shows us the different vicissitudes that our protagonist experienced: political militancy, clandestine struggle or prison in key moments of our most recent history, without forgetting his personal commitment, in the last stage of his life, in the attention to the great people and in the defence of a dignified death. The work you have in your hands is structured in two parts: a first introductory section in which are contextualised historically some of the biographical episodes of Romuald, which gives way to the second and main section of the book, where found its biography in the form of a literary narrative and a documentary appendix which includes his reflections on various subjects, the reproduction and analysis of the war council that suffered 1953, and the full transcription of a personal interview.