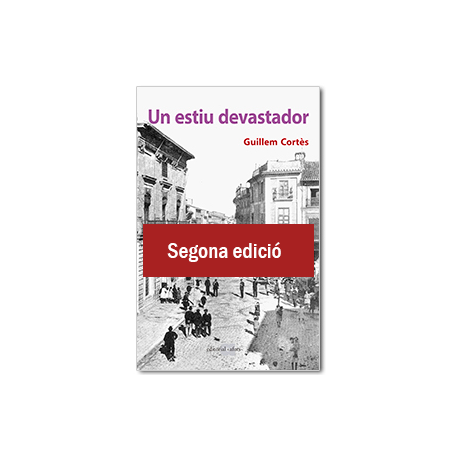 Like an ant’s nest flooded by the savage rise of a river, the people of the town fights, drowns, bites and exasperates to float. The Coup d’état by the fascists opens the waters in 1936. While the war is defined in the trenches, what names does death has in the rear-guard? The oppression conquered bursts over the misery. Weapons ready for the defence aim and take down unarmed neighbours. In 1938, with battle already lost, the youngest ones, the generation of the baby’s bottle, only 17 years old, are called to arms. One of them is in mourning, why? With his eyes we will experience the chaos in the front, the roots of the conflicts, the persecution of the syndicates and of the conservatives, the disorder of the accumulated tensions, the singular situation of the women, the damage, the criminal devastation of the military court and all the silences. A Devastating Summer gives voice to the victims and those who don’t seem to be, we all are, with the balanced combination of passionate narrative and meticulous account, of living character and yellowish files, and an impartial analysis but never neutral about the social and political context of the silenced and darkest moment period of our history.