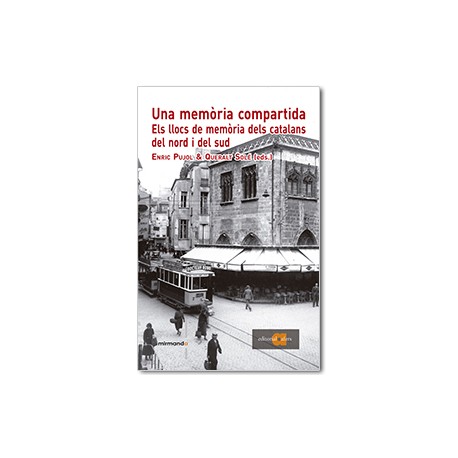 This book notices the existence of a shared memory by Catalans beyond the actual and previous political divisions. The importance of a common memory is fundamental in order to talk about a nation. It is so both for Catalan and for any other national or statewide realty. The analysis of the shared memory has been a major focus for historian, thinkers and social scientifics' rechearches in the last years. It has had brilliant concretions, like the pioneer work directed by Pierre Nora, Les lieux de mémoire (7 vol., 1854-1993) regarding the French Republic. In Catalonia, the pioneer was Albert Balcells with Memory places for Catalans (Llocs de memòria dels catalans, 2008). It is a reflection about the relations between memory, history and national identity. Balcells was the best person to write the forefront of this volume. The book reaches very useful studies to  an unavoidable theme for Catalans. It starts from the same territory as a memory, without neglecting emblematic spaces. And along with the territory, there are people seen from a dynamic perspective and in extreme situations, such as during war and exile. Studies that refer to the transmission of ideas, art, literature, symbols and files as memory depositories are collected.

The Mirmanda Group is a collective of reflection about matters that can represent a thrust in the cultural and territorial development of society. It is an open and dynamic Agora of two genres; historians, art historians, architects, sociologists, philologists, economists, editors, photographers, philosophers and many others who —coming from different parts of the territory— try to perform a  rigorous, scientific and practical work of the reflection of a country. The origin lies in the creation of the Mirmanda culture magazine, which from the north of the country and since its creation in 2006 (www.mirmanda.com), brings up issues and debates of national and international interest. The employees of the Mirmanda Group work daily to cross borders with subjects that interest Sueca, Figueres, Barcelona or Perpignan as well as anywhere in the world. This collection is the result of a solid collaboration between the publish house Afers and Mirmanda.

The authors that have had collabed in this volume know really well this subject and they have made an effort to make consolidated, rigorous and appealing works for the reader. Not for nothing one of the main purposes of this book is to stimulate new works about the matter. In the first block, Territories, people and memory (Territoris, persones i memòria), the studies of Enric Pujol, Antoni Pol, Pep Vivas, Miquèl Ruquet, Jordi Font and Eric Forcada are collected. In the second block, Ideas, culture and memory (Idees, cultura i memòria), the contributions of Albert Testart, Marc Sogues, Mariona Seguranyes, Erola Simon, Lluís Obiols and Marta Rovira are included. At the end, there is a biographical description of the authors to have a more specific knowledge about their works and their aspirations.