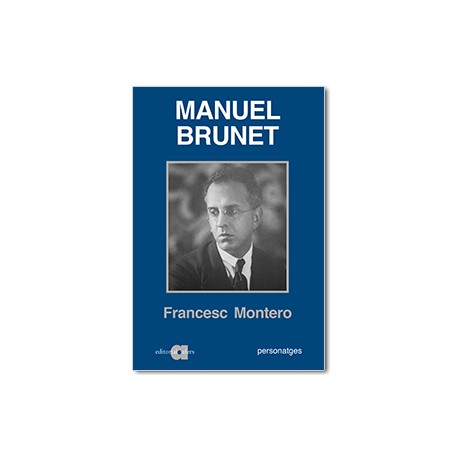 A figure less remembered of the generation of the Catalan journalism of the post-war, Manuel Brunet i Solà (Vic. 1889 – Figueres 1956) kept during his youth a close relationship with relevant figures of the Noucentism. In the following years, already consolidated as a journalist, he stood out for his thematic and generic versality and for a unquestionable control over the job. Having worked in the editorial departments of the most important newspapers of his time, commentator of Catalan and international politics, combative polemicist, sharp critic, during the 20s and the 30s his articles has an important repercussion in the intellectuals and politicians’ circles. With the beginning of the Civil War, anarchist persecution forced him to flee to Italy and he never came back until the 1939. In this new scenario, his career was interrupted, and he was completely lost. His controversial during the first post-war, writing in Castilian as a collaborator in the magazine ‘Destino’ under the penname ‘Romano’ and keeping to the private environment his support to the Catalan culture, conditioned his later reception. A defeated winner, he was considered suspicious by the leaders for his Catalan past, and at the same time he was seen as a traitor by the exiled for his adaptation and acceptance of the new fascism circumstances. Manuel Brunet’s career is polyhedral, with edges and contradictions, continuities and ruptures. Likewise, his works enrich our journalistic and cultural past, and the analysis and interpretation of this figure also consist in an example of the complexity and difficulty of understanding the Catalan culture of the first half of the XX century.