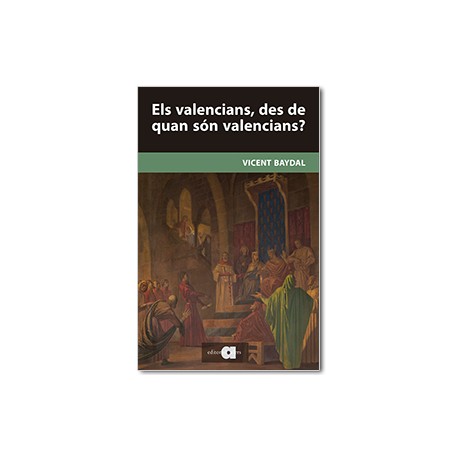 The empirical study of identity origins linked to the political community of the medieval kingdom of Valencia, has practically been unpublished until very recently. This book follows this, from the creation of the kingdom in 1238, after James the first’s conquest, to 1360 when the ‘Corts Valencianes’ and ‘La diputació del General’ or ‘Generalitat’ as institutions of the Commonwealth State. The result is the advance of dating of the birth of Valencian identity, almost half a century before it was thought, parallelly to the unification governmental progresses during the firsts hundred and twenty-five years of history. In particular, the defence of the ‘Furs de València’, first against the Aragonese nobility and later after the monarchs themselves; and the development of the political cooperation required to the war around the 14th century against the Marinids, the Genoese and the Castilians, resulted on the apparition of a own collective conscience, different form the other towns in the ‘Corona D’Aragó’ and rest of Europe.

Vicent Baydal (València 1979) is a doctor in medieval history and has been an investigator in the European University Institute of Florence and in the Corpus Christi College of Oxford University. Now he is a professor in the Law department in the Pompey Fabra University.