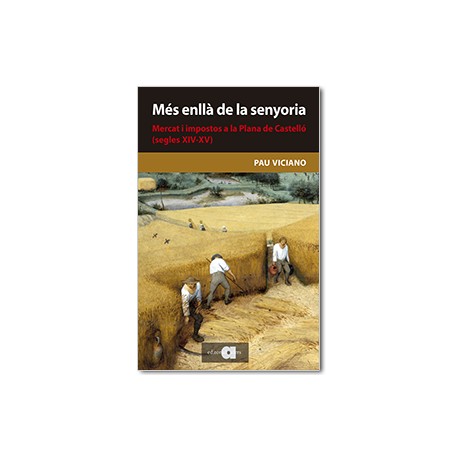 Sovereignty, social and territorial frame which associated the sirs with his vassals, was the defining element of the feudal society. However, there were other realities that, without leaving the socio-economic field, are essential to characterise societies in the early medieval times: the market and the taxes. The works collected in this book analyse the impact of the markets and the taxation over the rural world, specially over the farmers, in a specific place: the village of Castelló and the region of la Plana. The peasants didn’t react automatically to the market opportunities, but rather they decided among the commercial crops based on their interests, which could oppose their lord’s or the market’s. The agrarian innovation, with its growing productivity, happened in a territory of ‘fight for the income’ among the different social sectors. The definition of the taxation instruments the villages had to satisfy the demands of the Crown and the payment of public debt was a scenery for social and political confrontation. This is what the articles collected in this book are about: the peasants’ efforts to keeps the profits of their work, which was growing thanks to the agrarian innovations, but threaten by the market’s and their lord’s control of the commercialization and, above all, by taxes that were spent far away and helped strengthen the territorial and social inequalities of a country in construction.