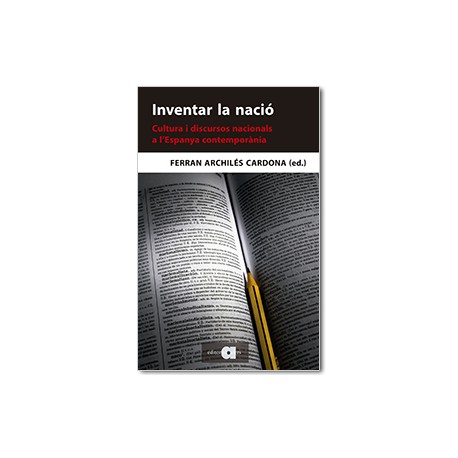 Inventing the Nation. Culture and National Speech in Contemporary Spain is a compilation of works done by specialists in six universities and academic fields, such as: political, cultural, touristic or audio-visual communication history. It consists of pieces of research based on doctoral thesis and academic works, where a great number of young researchers take part. From national construction in the 19th century to the television sphere of the 21st century, the book aspires to open streams of reflections and analysis about the invention of Spain as a nation and its still unsolved problems.

Is it possible to speak about ‘Spanish nationalism’ or is this expression still problematic? How has this nationalism been understood in the peninsular diversity? During many decades, when the study of national phenomenon and of nationalism had already been developed in the academic world, the expression ‘Spanish nationalism’ was seen with suspicion or simply denied. Nationalism was a sickness suffered by others, the ‘peripheric’ or alternative nationalisms. State nationalisms have always denied their roots, they have deleted their footprints and presented themselves as civic formulas and constitutional of citizenship organisation, unlike the properly national speeches. On the other hand, the insistence in the weakness or anomaly of the Spanish nation and its state, has taken the critics to a distinguishably misunderstanding of the phenomenon with more capacity of action than they suspect. For two decades, this scenery has considerably changed and, at least, in the academic world, the study of Spanish nationalism now counts with some solid results, while we are far from having exhausted the possibilities of analysis and, even more, from having disseminated this social knowledge. Inventing the Nation. Culture and National Speech in Contemporary is located in this furrow and puts in the scope of the reader a set of reflections that affect in political and cultural dimensions the study of the Spanish nation and nationalism.