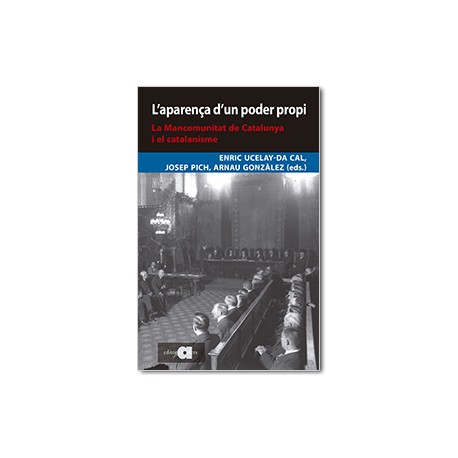 In the long road of the institutilization of an organism of autonomous government for Catalonia there’s a first period fundamental in many aspects: The Association (1914-1925). Aftter a century of its creation, the historiography reclaims innovative analisys of an institution wich looked like everything was said. So what is new? What can we learn? From the start, the most obvious conclusion is that the Association of Catalonia represents a tomb, a first space of catalan autogovernship, with all the limitations it wants. From this thing, diverse historians evaluate the instutional fact of enormous transcendence that suposed the institution, from the distance in time and also with the passage of similar experiences but across the XX century and until today.

In the later parts of the second decade in the XXI century and past the catalan autonomic experiences of the Second Republic and the actual postfrancoist period the Association of Catalonia seems like a rusted historical thing of a preautonomic with is surpassed, in wich nowadays frew can reference triumps and influences. Despite that, it has to be confronted that axiomatic moment from new perspectives to take the transcende, to understand the cut wich impacted in the catalan society and the trajectory of catalanism, as well as in the spanish view of an autonomous handling of the public life in the State. This monography tackles a varied selection of subjects wich pretend to actualize the studies about the Association: from it’s catanal national implication, the intstitutionalize the first contemporary catalan power, to finding exterior views about this reality in the context of the Great War, from the papers of the intellectuals noucentists until the spanish oposition to a project from wich you could see posterior stages of major projections; from the creation of a catalan administration until the realization of a sportive politic. Across the view in a a lot of authors, the book radiography was left in inheritance to the Association.