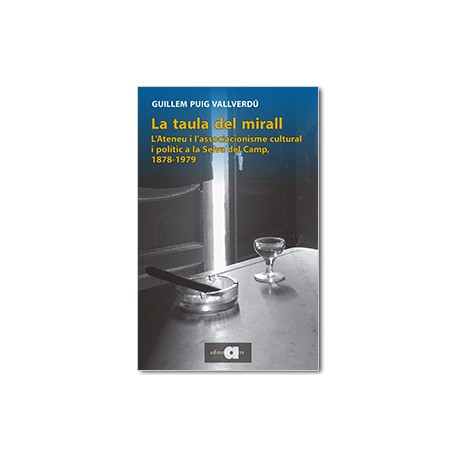 Sociability is the network of relationships strengthened in different places and spaces. It is a key element of the socialization between individuals and their politicization. To historically analyse it makes sense if it helps to understand the complexity of contemporary society. That is to say, the associations as entities with organic links with society from which they emerge and from which they act (and where the same divisions and disputes that mediate the relations among individuals are reported) are assumed. This book –which is an itinerary of the associative network of the Selva del Camp– it is not limited to present a list and to describe activities, meeting and sessions of the entities from the Selva del camp. It also follows how the Selva del Camp’s society was configured during the 19th and 20th centuries. The construction of spaces, the transmission of cultural identities or the emergence of rivalries and complicity allows to resize leisure time on its production, conservative and reproductive side of power, as well as a creator of counter-hegemony. In this monograph –where social, political and cultural history converge– the associationism of the Selva del Camp is analysed as an example of the global changes’ dynamics throughout contemporaneity.

Guillem Puig Vallverdú (la Selva del Camp, 1989) is an historian at the Center of Studies of Social conflicts (Centre d’Estudis Sobre Conflictes Socials) of the University Rovira i Virgili. His research areas focus on the revolution of 1936, paying special attention to the agricultural sector  as well as to the crisis of the republican rearguard during the Civil War, a theme used for his doctoral research. His interest for the peasants protest, for the social movements and the identities of the popular sociability and for the Catalan rural elite during the contemporary period are highlighted. These are issues which he has published in different specialized magazines and collective works. In 2016, he won the third historical research scholarship Terra d’Ateneus and he is a co-author of the Farmer’s Union of Sant isidre, 1917-2017. A hundred years of agriculture cooperation in la Pobla de Mafumet (2017)

(El sindicat Agrícola de Sant Isidre, 1917-2017. Cent anys de cooperació agrària a la Pobla de Mafumet (2017). Since 2013, he combines his job as a teacher with the social activism in the cultural field as a president of the Center of Studies ‘Selvatans’ (from la Selva del Camp) and as a coordinator of the newsletter of the same institution.