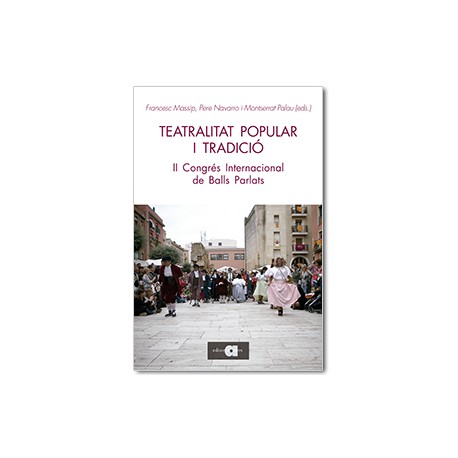 One of the most important ways of the popular theatricality are the so-called spoken dances, which combine elementary choreographic evolutions, danced to the beat of rudimentary music, with dialogued parlays, in verse, sung or recited of fundamentally mainly oral transmission which are too late fixed in writing. They treat very diverse arguments, from the satire of customs to the legendary battles (like the famous Moors and Christians), going through all kinds of festive dances including those of religious thematic, generally linked to the patron saint of the locality that represents it. The dances are collocative and generally have function of liaison between the different parts of the representation, and more specifically to move it from one place to the other of the urban space, to the extent that the dance is usually staged in an itinerant way along the streets and squares of a population, although the complete representation is usually done in a certain place (square, crossing) at the same level or above a podium with a summary scenery and a costume characteristics of the various characters involved. Popular Theatricality and tradition gathers the speeches at the II International Conference of Spoken Dances held at the University of Rovira i Virgili of Tarragona from September 24th to the 26th, 2014. The first was made on 1990 under the chairmanship of Jaume Vidal Alcover, and served to pose on the table this genre of popular theatre so alive in Catalonia, but more universal than you could imagine. Therefore in the second conference, prepared on the occasion of the 500th birthday of the oldest spoken dance of Tarragona, ‘Damas y viejos’, documented already in a archiepiscopal entry of 1514, the call acquires international dimension and makes known samples of Europe, Asia, Africa and America.