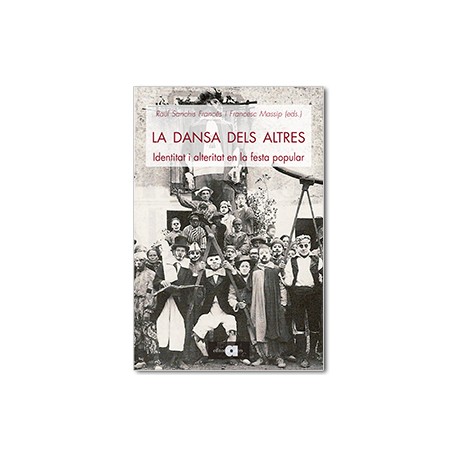 Throughout history, Europeans have been frightened, obsessed and, eve, fascinated by the idea of the other, an abstract, vague image and of outlines difficult to pinpoint. Now related to mythical constructions such as the savage, now projected on real and historical base figures such as the Arabs, Turks, Gypsies and indigenous African, Asian or American, the idea of the other has been one of the most prolific in the construction of festive narratives. The theatre, the spectacle, the dance and the music of traditional and popular are filled with characters of embodying the difference through mythical, legendary, ethnic, religious, political or even anthropomorphic. One can find in festivities like the Corpus, the ‘Carnestoltes’ or the festival for the elders, dances from the wild, of Moors, of giants, but also of demons, of angels, of monsters, of phenomena or of feigned animals. In short, a whole complex universe that can be sheltered under the umbrella of otherness, a philosophical concept in a coined a few years ago, but which it is actually ancient and is intimately related to the definition of self by opposition to another. Thus, the festive dialogue between the ones and the others hides a narrative that allows us to follow the evolution of the interrelations between different identities over the centuries. The dance of the others delves into the study of these relationships, mainly around the Moors and Christians festivities, from the diverse historiographical, ethnographic and iconographic materials and from different branches of the knowledge, such as cultural anthropology, history, sociology, philology, the history of theatre, dance, musicology, etc.
The Dance of the Others. Identity and Alterity in Popular Festivities, is a wide compilation of studies in the environment of the other band of otherness: identity. The need to define antagonism has generated long-standing stories and fictions encouraged in all cultures. The battle of opposites is one of the most frequented arguments for the scenic and dance spectacle of all time, as demonstrated by the large number of traditional experiences around the world. In this book, researchers from different backgrounds and specialities are interested in devasting the multiple faces of an ancestral and prolific festive figure: the other.