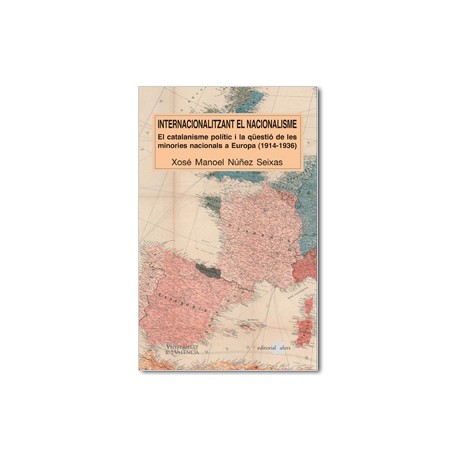 As a result of the start of World War I in 1914, a globalisation of the aspiration if nations without state took place. Catalanism also took most of the theorical debates then happening in the international scene; reformulating its aspirations of self-governing and revitalising them, looking out and being inspired by other European nations. After the peace of Versailles in 1919, a great part of the political catalanism adapted to the situation in Catalonia the discursive and theory frame of the revindications of the nation without a state in terms on ‘national minority’, susceptible to be protected by the treaties of minority of the National Societies. Catalanism, particularly the ‘Lliga’, performed an intensive proto-diplomatic activity that lead to some leaders, like Joan Estelrich and Francesc Maspons i Anglasell, to play an important role in the heart of the European movement of national minorities. However, during the years of the Spanish Second Republic the movement of European minorities became an attractive option only to the independent groups. Meanwhile, on one hand, the conservative catalanism favoured the strategy of intervening in the foreign politics of the Republican State, and on the other hand a discourse (especially in the core of ‘Esquerra Republicana’) that introduced the idea of a ‘Europe for the nations’ beyond the Constitutional states was starting to be consolidated.