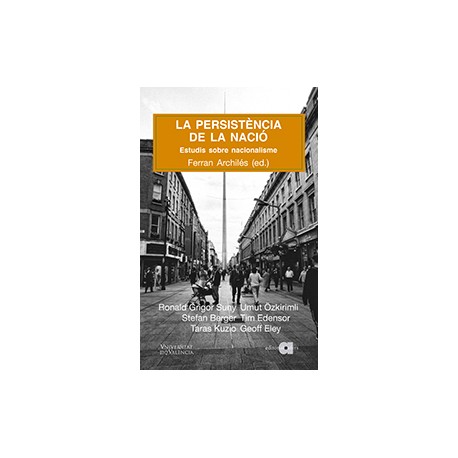 The persistence of the nations. Studies about nationalism has been conceived as a complementary volume complementary to ‘El món de les nacions’ collection. The selection of texts, then, has to be seen as a contribution to some recent aspects that have been covered by studies about nationalism and that had not been, to this day, much covered in the other volumes. For that reason, the authors with representation in the collection have been excluded. This book, in addition to the prologue by Ferran Archilés, assembles 6 authors (Geaff Eley, Ronald Grigor Suny, Stefan Berger, Umit Özkirimili, Taras Kuzio and Tim Edensor) among whom there are specialists in history, sociology, political science and audio-visual communication. Through different perspectives, they focus on some the recent debates in the study of nationalism, most of the starting points are already represented in ‘El mòn de les nacions’. The selected texts do not intend to exhaust the field of possibilities but has been thought in times and problems that has a special relevance in the context of the public reader in Catalan in the second decade of the 21st century. The aim of the selection is to help enrich our intellectual world with proposals done by the authors.