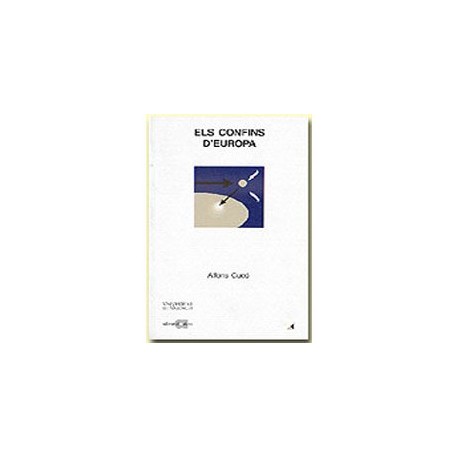 The Kosovo war (specially when the OTAN started bombing Belgrad) has hit again the European intellectual world concerning their ability to predict possible war conflicts to intervene before the massacre becomes another shame in our democratic consciences. Some ‘intellectuals’, some politicians, underlined the impossibility to prevent an inevitable beginning of a war because of the lack of information specially in the conflictive lands, among other causes. This opinion, undoubtedly respectable, shows an unforgivable intellectual harshness. Concerning Kosovo, things could have been guessed: some voices, from the media or in books, had already warned of the imminent disaster. Alfonso Cucó was one. In 1997 he published Els Confins d’Europa, an essay which includes two reports he wrote, as a special informer, to the European Union. The first one ‘La Mediterrànea oriental’, was presented in 1995 before the Occident European Union’s Assembly, and the second one, ‘Nacionalisme i drets humans en Kosovo, in 1996 before the Parliamentary Assembly of the Council of Europe. In both reports the violation of the human rights in oriental Europe was already denounced, in addition the historical causes for which the national and ethnic-religious conflicts in those territories, are analysed. The book, in specific, focuses in Turkey, Greece and Kosovo, and it is, unfortunately, a testimony of how the most illustrious voices aren’t heard in the most decisive historical moments.