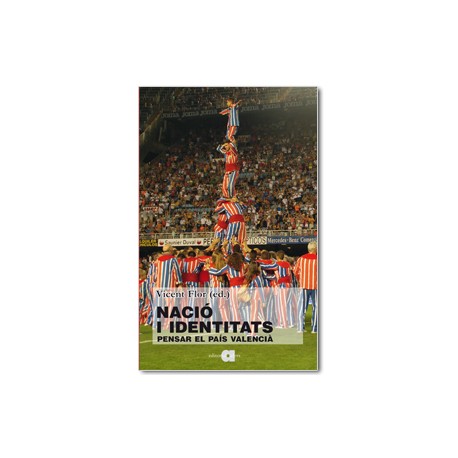 The Valencian Country suffers an identity conflict which has not always been well-studied. The objective of this book is to contribute to partially easy that problem by gathering in one collective work five researches about the Valencian identity and the conflictive construction of regional and national identities of our territory. Although it is the result of numerous scientific researches, the claim of this volume is informative. If   we want to reverse the actual situation, the first thing we need to do is to study, analize, scan and diagnose it in the most accurate way. The authors want to contribute to the public reflection about the causes and consequences of the conflict in Valencian citizens and in the relationships between the Valencian Country and Spain. A territory and society of five million people like ours —with huge structural issues— requires that the social and humanities sciences —and also other sciences and physical-natural sciences— have it as a subject of study. Perhaps the best reward that can be given to the people who have given so much of their energy to make us have an education and a determined position is to study their past and present or better said, not forget about them and be aware of what happens to them. This volume traces a journey of a Valencian identity analysis that starts by describing the historic evolution of the Valencian collective identity taking into account the amount of national definitions of the Valencian Country —both from the bottom or the elite— and it finishes with the sociolinguistic situation, both in regard to the ideologies that have hindered the transmission of Valencian and to the one that has tried to break their unity to favor the hegemony of Castilian. The book inaugurates the Nexe Trobadas, a new project of the Nexe Foundation, which consists of an annual intellectual meeting that welcomes specialists in different disciplines as a common theme in order to provide reflections on strategic aspects of the Valencian Country. We have to think about this country among all or, at least, among many of those who have interesting things to say.