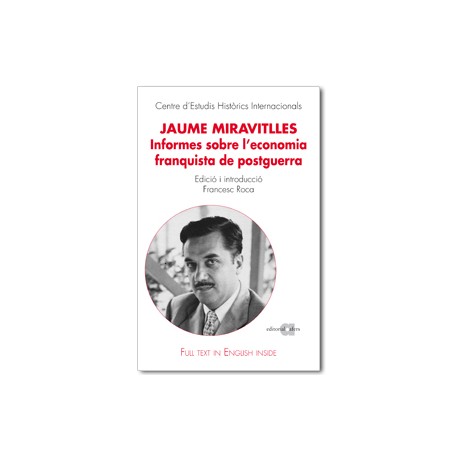 Jaume Miravitlles i Navarra (Figueres, 1906 – Barcelona, 1988) was trained as an engineer but he stood out as a politician, journalist, writer, publicist great communicator and analyst. His activism against the dictatorship of Primo de Rivera meant his arrest in the year 1924. In 1925 he participated in the organisation the attack against King Alfonso XIII. He fled to France and, settled in Paris, he met with Francesc Macià and Ventura Gassol and took part in the insurrectional attempt in Prats de Molló in 1926. In the year 1930 he came back to Barcelona and was imprisoned until the advent of the republic. He was a professor at the Barcelona School of Work. He joined ‘Bloc Obrer i Camperol’ and on 1934, he entered ‘Esquerra republicana’. During the Civil War he was secretary of the anti-fascist militias and promoter and director of Propaganda Commission until 1939. Convinced of the publicity value of the image, he created the production company Laya Films to give international projection to the cause of Catalonia and the republic. In 1939 he exiled to France, Northern Africa and Mexico, and finally in 1944 he settled down in New York, where he directed the magazine Spanish Information, newsletter of the Spanish republican government in exile. He returned to Catalonia on 1962 and continued his intense journalistic production.