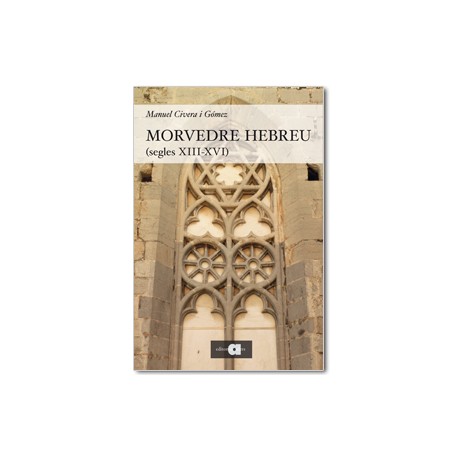 This work is about the history of the late Middle Ages. It happens in the village of Morvedre (former Saguntum and current Sagunt) and its territory from the Hebraic perspective. The book shows the Jewish’s relevance and the converts in the conquest, the colonization and the rooting in the administration created by the king James I of Aragon in the kingdom of València. From the making of an important database and comprehensive information of the urban geography of Sagunt and the region of the Camp de Morvedre, the most representative scenarios of the Jewish community are identified: men’s synagogue, women’s room, mikveh, the school, the Council of the aljama, Jewish hostal, Jewish Butcher’s shop, Manor houses, Jewish necropolis, etc; the author both documents and dates them. He also approaches the evolution of the Jewry and the large necropolis from the ancient hypogeous and the cave graves to the burials, and also from the Sem Tob’s pantheon to the Isaac Atzar’s mausoleum. Moreover, he studies the Jewish population and its evolution, the dynamism of the community, the most significant Jewish and convert families, the feudal lords of Hebrew origin, the coexistence and confrontation among Jews and converts, the repression and persuasion, the privileges that conversion had and, lastly, the social work of the converts. He keeps track of some convert families to this day through the Confraternity of the Profession of a Wool Trader {Confraria d’Ofici de Paraire} and the Confraternity of the Immaculate Jesus Christ’s Blood {Confraria de la Puríssima Sang de Jesucrist}