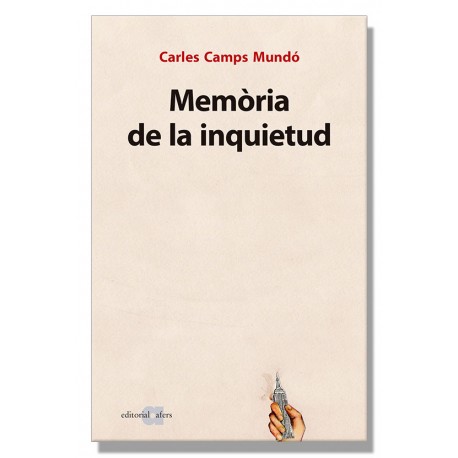 Although many forget it, every literary work – artistic too – that isn’t naïve, that isn’t simply a product of ingenuousness and innocence, seeks and needs to be based in any ethic and aesthetic conception of its own world. The same process of the work in progress is considered by the author over time with one condition, whether with more or less conscience. There are authors who try to give it shape as an essay. Others, as it is more common in the chaotic modern poetry, try to take it through the work itself, that is why more and more poems have lost the trace of traditional poetry and have stayed simply as conceptualisms. Some still trust the pages of a confessional account book. Finally, there are some who try to ignore it saying that their work is a mere work of creation. In the case of Carles Camps Mundó, the shape of this necessity of thought – the theory that frames the poems which frames the theory – has been expressed with a series of short thoughts which are fragments aspiring to form a mirror, but at the same time they are mirrors on their own, like every fragment of a mirror. These fragments are the theoretical counterpart of his poetic praxis and furnishes from critical reflexions about language and poetry itself, to the political and social questions that condition us to have a position in the world and against the world. This book, Memory of Concern – ontological and social concern – following La Figuración de (los) sentido(s) (2011), beyond the value it has, it is, then, a theoretical correlate needed to understand every complexion of its already dilated poetic work.