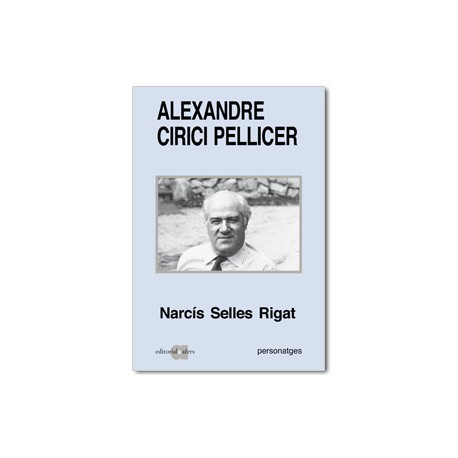 Alexandre Cirici Pellicer (Barcelona 1914 – 1983) is one of the most important names among the artists of the second half of the XX century. He took part in groups of writers who initiated the renovation of criticism, essay and artistic historiography in Spain during the Franco’s dictatorship. He was one of the firsts treatise writers in paying attention to the modern art and in adding new methods and models of analysis. During the post-war he was a member of in anti-fascist resistance and, years later, participated in the constitution of the Asamblea de Cataluña and the PSC. In the firsts democratic elections was elected a senator, for which he got re-elected in the two next legislatures. He was also a member Parliamentary Assembly of the Council of Europe. His intellectual contribution is inseparable from his civic and cultural compromise and from a pronounced will to publicly intervene. Professionally he worked as a designer and publicist, at the same time he taught in several schools in Barcelona. He was the first director of the Museu d’Art Contemporani de Barcelona and his section of art criticism in the Serra d’Or magazine became in one of the most influential of the country and most receptive to changes and transformations experienced by the contemporary art and society. He participated in many congresses about artistic studies all over the world, his books have been published in New York, Paris, Milan or Geneva, and in 1978 he was chosen as the president of the International Association of Art Critics.