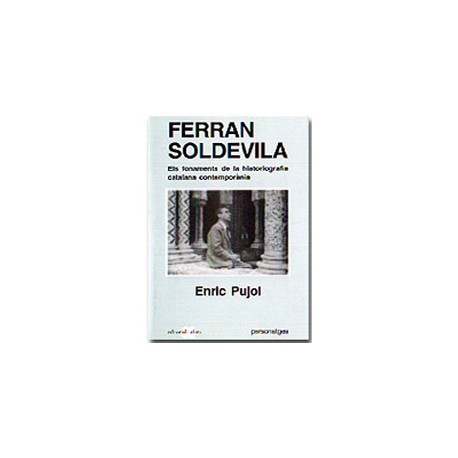 Ferran Soldevila (Barcelona 1894 – 1971) is one of the most important contemporary Catalan historians and one of the most important scholars in the 20th century in Catalonia. His Història de Catalunya is still considered the most successful summery of our history written by a single person. It shouldn’t surprise us, then, that Joan Fuster claimed that it was ‘the best vision as a whole of the Catalan past ever written’. Even though he was best known as a historian, his works include many genres: poetry, journalism, theatre, novel… He said admitted that all these activities helped define him and that anyone who tried to destroy one of them would kill him. That is why in Ferran Soldevila and the basis of the contemporary Catalan Historiography, Enric Pujol has taken into account his polymorphic character of his works, although his focus was the analysis his historical work’s role had in the contemporary Catalan history. The author hasn’t tried to write  a usual biography, but rather he has tried to draw a picture that delve into the creation of his works. Likewise, he has tried to show the relation between his written production and the historical moment he lived, because he was committed with his time, as his career proves.