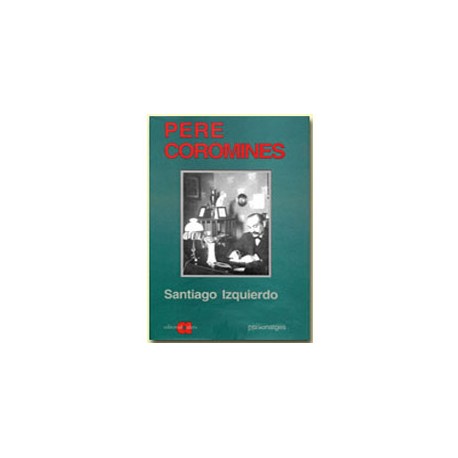 Pere Coromines i Montanya (Barcelona 1870 – Buenos Aires 1939) was a remarkable politician, lawyer, writer and economist. During his youth, took part in the republican party of Nicolás Salmerón and of the group L’Avenç. He was one of the founders of the Foc Nouo group and of the anarchist publication Ciencia Social. In 1896 he was falsely accused in the Montjuic process, in which he was judge as a responsible member of the anarchist attack in Canvis Nous street in Barcelona. In the trial, the prosecutor aske the death penalty, which got finally commuted for an exile to France, from where he came back in 1897 when he was amnestied. In 1903 he took charge of the negotiations, expenses and revenues of the Town Hall in Barcelona, and in 1909 he was chosen as a councilman of the consistory in Barcelona. He was, also, one of the founders of the Institut d’Estudis Catalans (1907) and the Unió Federal Nacionalista Republicana (1910). Moreover, he was named manager of El Poble Català, of the new political formation, for which he was chosen as a congressman in Cortes the years 1910 and 1914. In 1916 he decided to leave politics and intensified his presence in other areas: he participated in the approval of the Mancomunitat (1914) and in the autonomist campaign of 1918 – 1919 and took part in Catalan Bank. He was also president of the Ateneu Barcelonés, one of the writers of the Estatuto de Autonomia in 1932, congressman in the Catalan Parliament and Congress for ERC, part of the counsil for Justicia i Dret (1933) and general commissioner of museums. This biography is careful study of the public and life career of a polyhedral character, sometimes forgotten and who is a relevant member of the Catalan history in the 19th and 20th century.