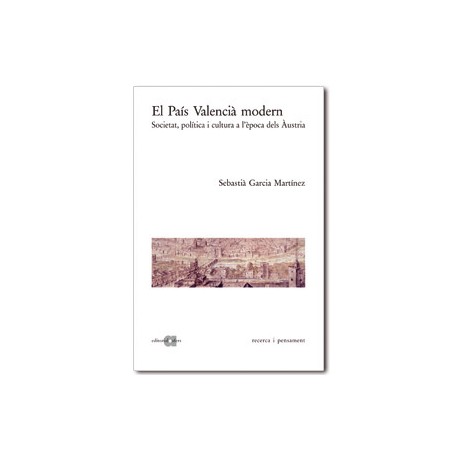 The Basis of the Modern Valencia (1968), Bandits, Privateers and Moors (1972) and 1980), Francesc Garcia and WWII in Marina Alta (1986 and 1993) and Ribera the Patriarch and the Removal of Valencian Erasmism (1975) are examples of the best contributions of Sebastià Garcia Martínez to Valencian historiography. The blunt demonstration of the economic, political and cultural recuperation in Valencia which happened during Charles II reign and which destroyed the traditional historic interpretation of the time. The decadency, the analysis of the social conflict, the political problems and the administrative and defensive structure of the territory, the most complete study of the Second Brotherhood which revolted Marina Alta against the oppressive Sire, and the essay about the Valencian Erasmism during the time of the Ribera the Patriarch, show the capacity of analysis and scholarship of their author. Some of the works comprised in this volume have not only resisted the pass of time, but still to this day they have are of interest to those who want to study the history of the Valencian of the Habsburg. These are works characterised mainly by thoroughness, both in the documentary contribution and in the theoretical interpretation of the facts.