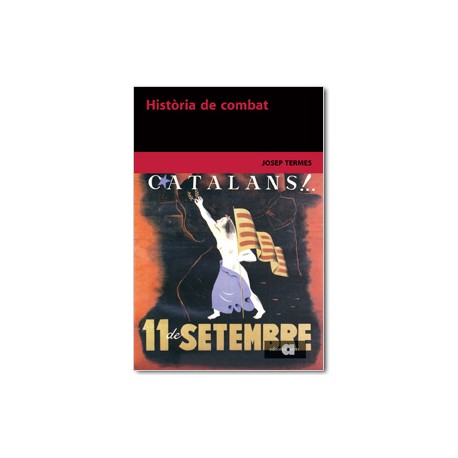 Combat history collects diverse works of the historian Josep Termes written throughout forty years: from the first, a draft of workers’ movement of the 20s, written for a clandestine magazine, until the last, the prologue to a book on Palaestra. In the ensemble of works predominates historical politics and the workers’ movement, the vertebrate of the left-wing in Catalonia and the anarchist-syndicalism, as well as the discussion about what Catalanism was and how it articulated during the 19th and the 20th centuries. Somehow, as the author says in the presentation, the book can be taken as history of the losers, while actually it is the description of the resistance of a town against the classes and the dominant powers. To every history Termes has built, or has helped build, is that, an effort to highlight the town of Catalonia as the historical agent, its articulation and activities. This book is, then, a collection of essays of synthesis and divulgation, of book prologues, of participations in symposia and seminaries, of transcriptions of some conference and, finally, of journalistic interviews that still today are particularly significative. At the same time, Combat History represents the culmination of the historiographic compromise of Josep Termes with of Catalan history.