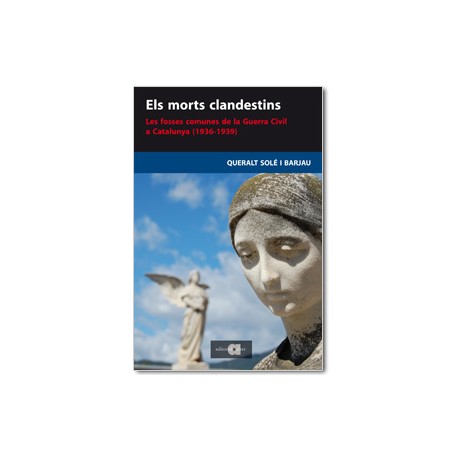 This book fills one unknown mystery of the Civil War: the strict and conclusive study of the mass graves existing in Catalonia. The author explains with detail when, how and where mass graves in the whole community were born, as well as how thousands of people, mostly soldiers, have rested to this day clandestine subjects of history, without never having had a place to be honoured nor a worthy burial. Likewise, the work shades some light to an unknown fact: the transfer, between 1959 and 1964, of the rests of thousands of soldiers, of both sides, to the ‘Valle de los Caídos’ in Cuelgamuros (Madrid), the place where General Franco built a pharaonic tomb for his greater honour and glory and of his regime.