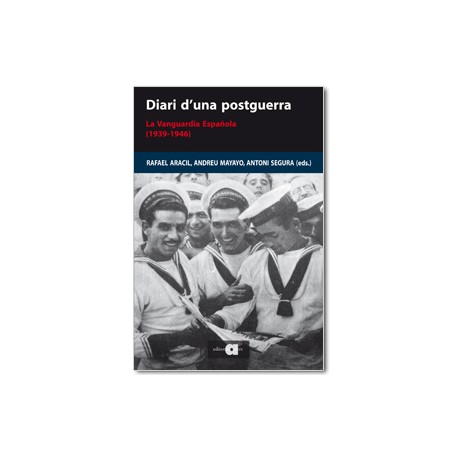 La Vanguardia, the old newspaper from Barcelona which in 2011 turned 130 years, is a resource to analyse and understand the institutions of Franco’s regime in Catalonia, goal of the research made by the investigators of the Centre d’Estudis Històrics Inernacionals de la Universitat de Barcelona (CEHI-UB). The exhaustive study of the period from 1939-1946, from the collection of the newspapers in the Arxiu Bliblioteca del Pavelló de la República, allows the reconstruction of the post-war scenario. It includes any type of aspect and matters, from political and economic topics to aspects such as the fascist representation and the vision of the defeated created by the dictatorship, going through a picture of the Barcelona from the 40s which doesn’t even forget such important phenomenon as cinema and advertisements. To complete the reconstruction of this scenario, created from almost two thousand articles, it has been added to the historical narrative the information given by the information bulletin of the 41st division of the General captaincy of Catalonia. The bulletins (May 1945 – October 1946) explain the real worries of the military, at the same time it shows a hidden reality in the pages of La Vanguardia. Therefore, this book will sure become a work of reference to document the first years of the dictatorship in our country thanks to the combination of what has been published to indoctrinate and what has been hidden to ensure the survival of the regime.