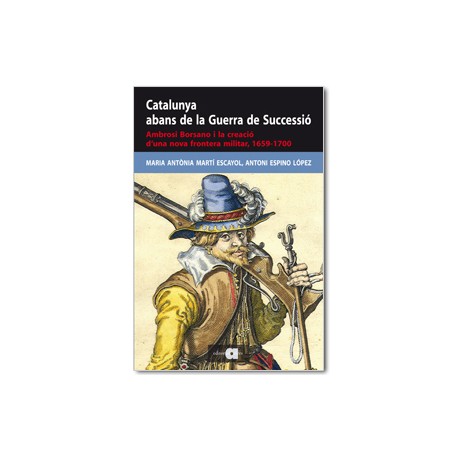 Until now, Ambrosi Borsano was a dark military engineer of originally from Milan who served the Spanish monarchy in Catalonia. Very integrated in the land which took him, he was the author of a military geography of the Principate. In his ‘General Speech’, which we presented for the first time in a full modern edition, there is magnificent description of the Catalonia of the late 17th century. Actually, it is a manual about the tactic capacities for the war in the Catalan territory. Borsano describes and comments bit by bit the fortifications, the roads and the terrain better suited to contain an army in Catalonia. It is an indispensable resource to better understand the characteristics of the war in this crucial moment of the history of Catalonia. This book reconstructs the political logics and the strategies from Madrid and Paris when it comes to express their ambitions over the Catalan territory. The authors explain the causes that prevented the Spanish monarchy from defending the territory better, mutilated from the peace of the Pyrenees (1659), from the imperialist and aggressive politics of the France of Louis XIV. The result   as a weakened Principality during many years of warfare, but not defeated, where to the existent Franco-phobia, due to many French excesses, was added a Spanish-phobia more and more present due to the lack of defence from the government in Madrid. The work allows us to understand better the Catalan position in the succession conflict which, with the death of Carlos II in 1700, confronted the European powers in a terrible war.