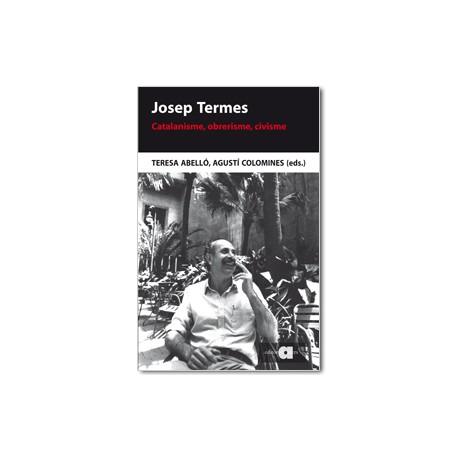 Josep Termes i Ardèvol, son of poor farmers originally from La Segarra and La Terra Alta, was borne in Barcelona the 27th of July 1936. He started to study pharmacy, but his political concerns drove him to study philosophy and letters in the Universitat de Barcelona, he graduated in 1963. He belonged to the PSUC until Franco’s regime finished, when he left it saying that ‘it stopped being a labour party ruled by labourers’ instead it was ruled by ‘the guys from the good houses.’ He was a lecturer of Spanish in University of Sheffield (1963 – 1964), in 1964 he became professor helping the Universitat de Barcelona, where he was expelled in 1966 for the second time with other professor for their activities against Franco’s regime.  In 1968 he got together with the team that would create the Universitat Autònoma de Barcelona, in which he did his PHD in 1971. He later became a scholar on contemporary history in Universitat de Barcelona (1982) and in 1991 in Universitat Pompeu Fabra inside the Institut Universitari d’Història Jaume Vicens Vives. He retired in 2006 and died in Barcelona in the 9th of September 2011. A known bibliophile, he bequeathed 30.000 volumes, Josep Termes was one of the main renovators of social history, Catalanism and he reinterpreted the attitude of the labour movement and popular movements towards Catalanism, questioning the most of the orthodox Marxist postulates which pointed to the bourgeois origin of the movement of Catalan national revindication. His work about the labour movement is wide and clever since the moment he published Anarquismo y Sidicalismo en España: La Primera Internacional, 1864 – 1881 (1965; the second edition is from 1972), a vision that he finished short before his death with the long book Història del moviment anarquista a Espanya (2011). In Afers he published some volumes of his works: Història de combat (2007) and La catalanitat obrera. La República Catalana, l’Estatut de 1932 I el Moviment Obrer (2007), in addition to his vibrant study ‘Misèria contra pobresa: els fets de la Fatarella del gener de 1937; un exemple de resistencia pagesa contra la col·lectivització agraria durant la Guerra Civil’ (2005).