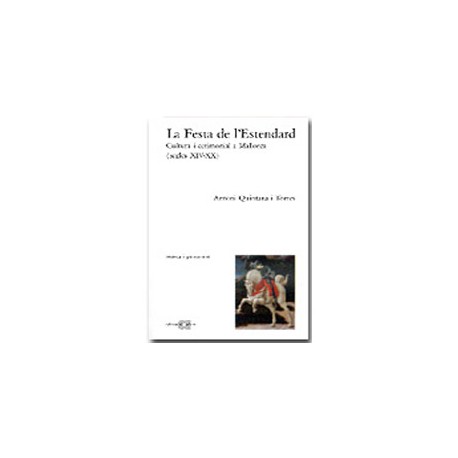 Every 31st of December, the Mallorcan people remember their origins as a town with the oldest civic commemoration in Europe. The ritual of ‘Festa de L’Estandard’ has become, thus, the key piece of a founding memory that has its beginning in the conquest of James I. This book proposes a vast historical journey, from the Middle Ages to the present, which allows to know the evolution that has had a festival centred on symbols – emblems, objects, words – that have survived generation after generation, but has been being adapted to the society and ideology of the moment. The popular commemoration has maintained for centuries some essential references to the historical foundations of the community, despite the accommodations of external forms and rituals to changing political conditions. In fact, the festival even overcame traumatic moments such as the annexation of the kingdom by Peter IV of Aragon, the Revolt of the Brotherhoods, The Nova Planta decrees, the centralisation of the of the 19th century or the Civil War. However, commemoration, intervened from the power, also served as justification for the current social order. Between these two realities – collective and ideological legitimation – the celebration’s past allows the recapture of popular culture as a central theme of the lived history.