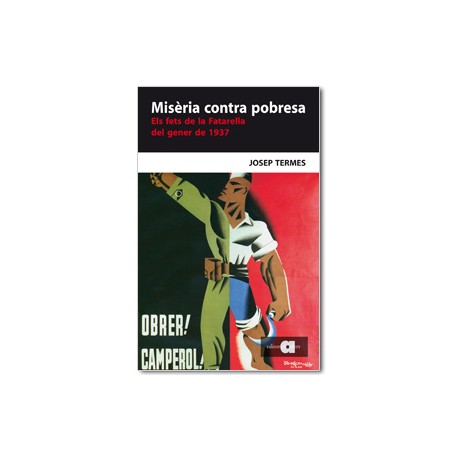 The events in La Fatarella are a history of the agrarian collectivisation of the resistances to which it gave rise. This is the most violent of those occurred in Catalonia and the best-known opposition to the agrarian collectivism. The events in La Fatarella are a key element of the tensions that lead to the occurrences of May 1937. What we know, apart from oral history, is through judicial papers such as interrogations, declarations, processing orders, errands, resolutions, etc,. in addition to the reports of those sent to La Fatarella by the Internal Security Board, its acts, the press of various tendencies and, in much less intensity, the written testimonies of those who lived tangentially. Also, the facts show that reality of a collective utopia carried out by very poor people, sometimes miserable, that occurs in an agrarian environment of humble people, in any case magnate, who pays the consequences. It is ultimately a collectivisation of miserable against the poor. This book is only partly a study of local history; rather it is a work of microhistory, because, from a concrete fact, occurring in a small locality, it analyses a big problem from close and in its concrete circumstances. In the face of books full of doctrinal prejudices, here the facts are seen in depth and in detail.