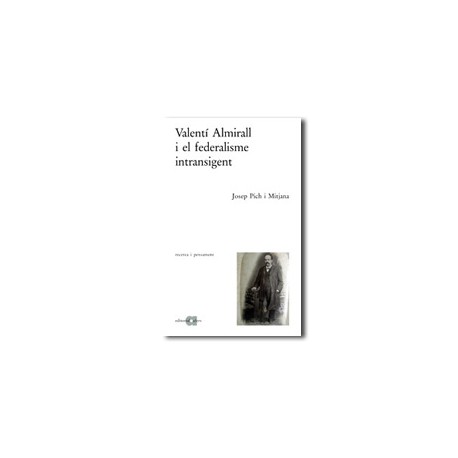 During the Six Democratic years, in Barcelona, the intransigent federals led the local committee of the Federal Democratic Republican Party for the best part of the period and had a significant role in some of the most prominent events of the time, although it wasn’t until nowadays when the first publication which studies in depth their ideas and actions appeared. For his investigation works focused on the thought and political activity of Valentí Almirall i Llozer (1841 – 1904), pioneer of the intransigent federalism in Barcelona during the Six years and, at the same time, key character in the politization of catalanism of the last quarter of the 19th century, Josep Pich is the historian who could better fill in the gaps of historiography about the Catalan federalist republic. Beyond idealism, dogmatism and maximalism which characterised the organisation, which made difficult the practical concretion of its political objectives, stands out the fact that the intransigent federalism constituted and boosted a political and doctrinal project which for the first time linked federalism and catalanism.