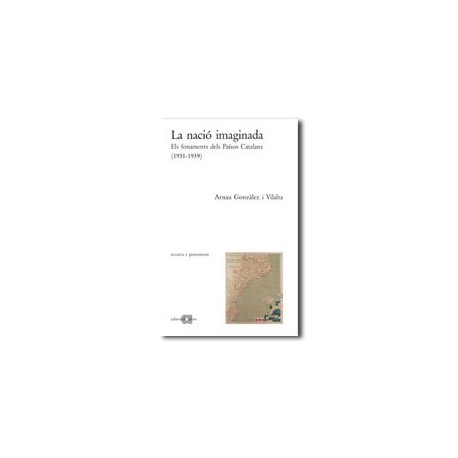 This book is an exhaustive analysis of the constitutive period of the pan-catalanism as a cultural, political and social movement, between 1931 and 1939. Conceived throughout the Renaissance, during the second half of the 19th century, the term ‘Catalan countries’ was consolidated during the 30s and had as an expansion engine the Autonomy Statue reached by the Principality, which became a referent for the other territories. ‘Generalitat de Catalunya’ government, political parties (like ERC, the League or UDC) and the associative national movements (like Palaestra or the FNEC) were a model of relationship with the pan-Catalanist sector in Valencia and Balear Islands, minorities but thriving. The links between the different territories were not easy and created controversy that are still alive today: the language unity, Catalan imperialism or the term used to define every land of Catalan language. From a search in nationalist press of the Catalan countries of particular documents and from a wide bibliography, it can be concluded that pan-Catalanism of the republican time established the first theoretical and political stone of a movement that was suddenly stopped due to Franco’s regime in 1939. The use and growing acceptance of the term ‘Catalan countries’ slowly situated it in a remarkable place in the idea of pan-Catalananism and, in the 60s, it recovered protagonist thanks to intellectuals such as Joan Fuster.