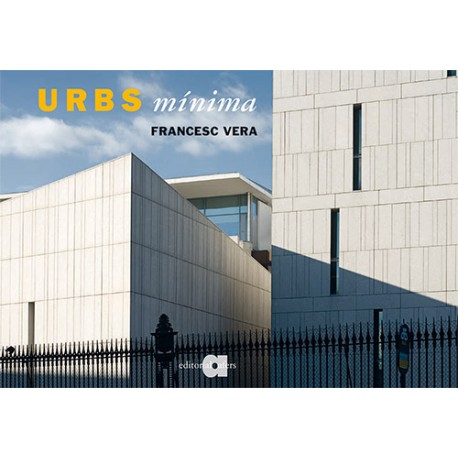 Minimal Urbs -written between 2003 and 2008- is a series which focuses on places where the minimum necessary elements are given so that the concept of urban space can be manifested and identified without difficulty. It is a structuring of three-dimensional and vital space through the two-dimensional prism of photography. There are pictures of the urban geometry that recreates spaces -both tight and empty- where we inadvertently wander. There are also places without apparent topographical singularity, without recognized intrinsic relevance,which are observed from the tradition of architectural photography and with the technical control of the perspective that is characteristic of it. If the singularity of the cathedral or the monument relied in the old albumins, the places shown here become singular. They possess the abstract concept of urban space, insofar as they demand the attention of the photographer because they respond, in their individuality, to that generalizing idea. Anonymous corners are traits of the most varied cities: Paris, Milan, Stockholm, London, Berlin, Munich,... which are perfectly locatable with GPS precision, and thanks to digital technology, perfectly datable in time. They are spaces and moments easily delimited by their individualized character and by their singular form, but deep inside, they are configurators of a single temporal and spatial unit, a unit that makes us feel the same idea of ​​a city.