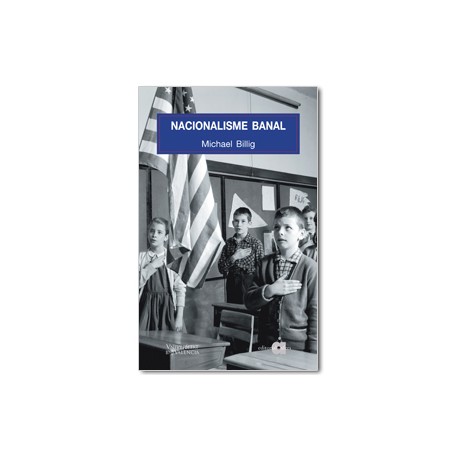 This is a book that represents an important challenge to the orthodoxically conceptions of nationalism and that focuses, specially, in the criticism of nationalism in the state nations. While the traditional theory has placed the main point in the radical expressions of nationalism, the author focuses his attention in the daily forms and less visible that are found deeply rooted in the contemporary conscience, a form of nationalism, nor exotic nor far from the most habitual practices, which defines Banal Nationalism. To the question of why people doesn’t forget their national identity, suggests that the daily nationalism is found constantly present in the means of communication through the symbols and routine habits of the language. Usual elements: school, in the office, in the houses’ façades, etc. are reminders that the individual and collective subconsciousness frequently operate mechanically, beyond the state of deliberate consciousness. Banal Nationalism is critical with the sociological orthodoxly theories, of the social politics and psychology that ignore this main aspect of national identity. Billing shows with conviction and with references that nationalism keeps being a strong ideology, fundamental to the contemporary world. The most important thing is to recognise these signs of nationalism that are so familiar to us and which we easily overlook. This work covers many perspectives of study and is an essential reading to discover the national phenomenon and its most futile aspects that are seen and used, firstly, by state nations.