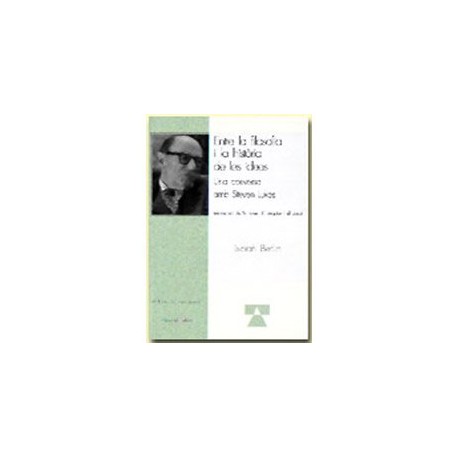 Isaiah Berlin (1909-1997) is one of the greatest thinkers of the 20th’s century. His vast work —based on the history of ideas and political philosophy— responds to an effort to reconstruct reason, an attempt to capture the weaknesses of the great project illustrated from the analysis of his critics. A central element of his way of thinking is the conception of liberalism: an agonistic conception, because he contemplates the inevitable tension among rival positions. Therefore, the conflictive relationship between the universalism of the enlightened reason and the pluralism values constitutes the core of a reflexion that has as basic referents the works of thinkers such as Hume, Herder, Vico, De Maistre, Montesquieu, Mill, Marx or Sorel and well as the great movements of ideas such as the Enlightenment or Romanticism. Between philosophy and the history of ideas is an extensive and intensive biographical and philosophical interview, revised by Steven Lukes, that reconstructs the intellectual development and the human experience of Berlin. The interviewer presents really current issues. We can ensure that Berlin’s political views are those of a liberal left-wing, contrary to Communism but favorable to the Welfare State and the New Deal's experience. Regarding the ethics-policy problem, Berlin has considered the relation between liberalism and pluralism and analyses —among other issues— the theory of justice, the crisis of the left-wing or the collapse of communism.