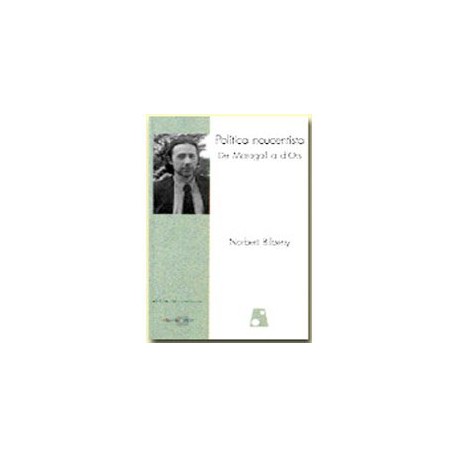 The Modernism and Noucentisme are two major cultural movements in Catalan contemporary history. Without them, the Catalan contemporary culture or policy of the 20th century could not be understood. He has always tended to magnify them and present them as two separate phenomena, to the perception that the same "noucentists" began to implement as an instrument of generational affirmation. The Noucentisme was the "denial" of the Modernism and it acquired the flurry of a whole new "Renaissance" This cliché has come to this day in the hands of the academic orthodoxy, but from our perspective -which is already a hundred years old- there is no doubt that both movements form a strict continuity in time and a space. Consequently, they have - discouraged the differences (especially the eagerness for political intervention of the Noucentistes) - obvious common elements. In the Noucentisme policy, Norbert Bilbeny reviews some of the topics that have prevailed in the analyzes of Modernism and Noucentisme, and it is based On the study of the two most representative figures of the two movements: J. Maragall and E. d'Ors. The author dedicates the first part to Modernism: the cosmopolitanism, the influence of Nietzsche in Maragall, the radicalism republican of Gabriel Alomar, Catalan architectural Modernism, etc. In the second part, he focuses on Noucentisme: the policy of the "noucentist" culture, the arbitrarism, the aristocratism of E. d'Ors, etc. The book ends with a chapter dedicated to the functional nationalism of Prat de la Riba.