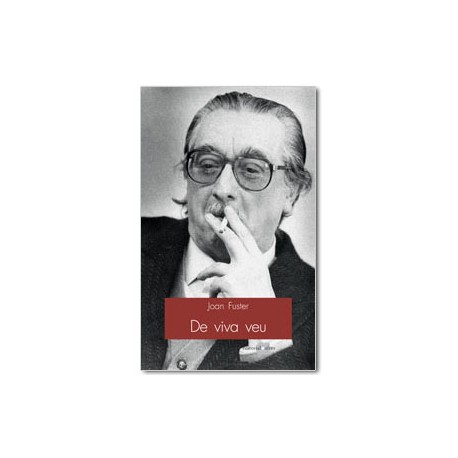 This product is no longer in stock

Fuster was a great talker: fast, clear, ironic, and sometimes devastating. His Monday social gathering with his friends or the ones he had until dawn with people who visited him in Sueca are well-known. With Fuster —even in the most academic of his historical works— there is always a strange symbiosis between speech and prose, like a colloquial nature of writing. The reciprocal was equally true. If his way of writing has always had a characteristic of the proximity that happens when someone holds a conversation, when Fuster talks he also preserves the huge skills and wit of the professional writer. Those who did not know him, are missing out. As the old saying says: “verba volant, scripta manent”; the living word is intrinsically evanescent. It only survives if its written, and you cannot hold a conversation with a text. The oral Fuster, the great immediate fencer of the divine and the human has disappeared, but somehow in these interviews an echo of what he was survives. Those who have not met him will be surprised at the precision, the nuanced accuracy —often with quotations, examples and data— and the clarity of the answers.