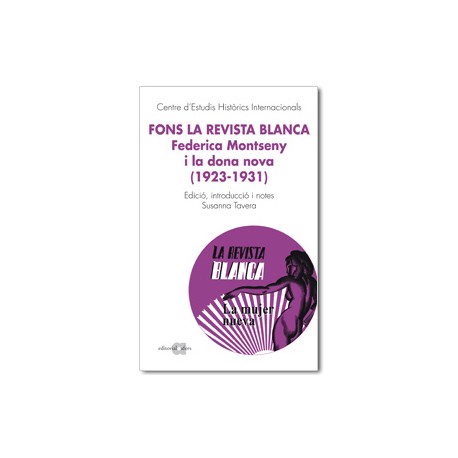 Federica Montseny (Madrid, 1905 – Toulouse, 1994) was the first woman to occupy a ministerial portfolio in the Spanish state. She devoted her entire life to the anarchist militancy, in which his parents, Soledad Gustavo and Federico Urals also stood out. She started with a militant type of advertising in 1923 and throughout her life she published in La Revista Blanca, El Luchador, Solidaridad Obrera and other anarchists’ headlines. She also wrote numerous novels published by her family, especially ‘La Novela Ideal’ and ‘La Novela Libre’ two prolific collections of short stories. During the Second Republic, her positions were made patent in front of the republican regime, in defence of the anarchist insurrectionism and against Peiró o Pestaña, the anarcho-syndicalists who led the ‘Manifiesto de los Treinta’. During the summer 1936 she joined the Peninsular Committee of the FAI and in November she held the portfolio of health and social assistance in the government of Largo Caballero, who left after the May Days of 1937. She went in exile with her family in January 1939 and, after staying in different places in the French territory, she settled down in Toulouse. Until the end of her life she was an indisputable leader and propagandist of the CNT-MLE. She went back to Barcelona after the death of Franco, but never settled down definitively.