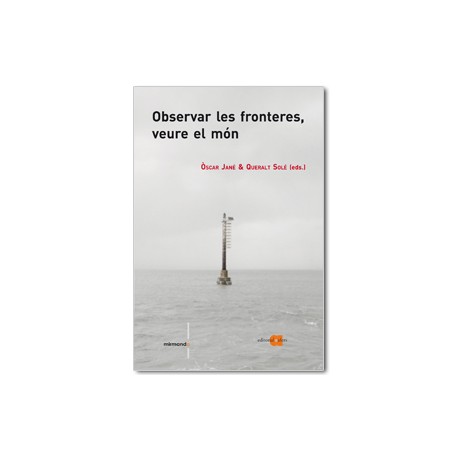 The title of this book evokes the words of Pierre Vilar when he said that "it is in frontiers where the history of the world is best known". The act of knowing and observing, the patience of watching and comparing are the major basis of the contributions of this book. Well into the 21st century —and in spite of the empowerment of the  cross-border spheres in Europe, the state bordiers still mark and indicate random and discriminatory criteria depending on the territory. The border issue is seen from different angles such as history, economy, art, architecture, sociology, geography or the landscape. The border spaces —if they are political— coexist with the sensation of being "unfinished" borders. That is way it is all about knowing which are these border spaces in Europe and which type of Europe do we want: Europe with state and finished borders or Europe where the fronter spaces are not a problem but a “beneficial” fact. Furthermore, we see how the international projection of the borders from Europe is maintained in relation to its past and its more political and social present. The national perspective are diverse, as are temporal and thematic analysis. Starting from a first approach to the borders of the 21st century in the geographical, pedagogical or political aspects, there is an establishment of what they are and why we speak of border spaces from different examples, both territorial and linguistic or sociological. Also, the book goes deep into a historical section in order to define the limits of the borders, both physical and mental. From Europe to America, passing through Africa, Observe frontiers, watch the world  is a commitment to the renewal of multidisciplinary and international perspectives based on particular cases.