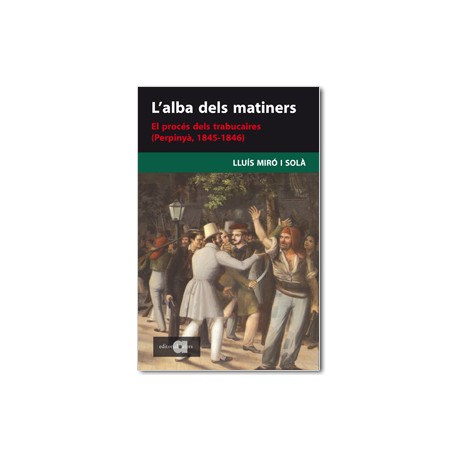 Early Bird’s Dawn is an answer to a curiosity initially of a legal aspect. ¿How could it be possible that the French state, during the monarchy of Louis Phillip, judged some Catalans, who were Spanish subjects, for crimes committed against other Spanish in Spanish territory? It is clear that the appropriation of the foreign jurisdiction, in a time when the establishment of international justice wasn’t even imagined, can only be reasoned by the whish of France to gain some political objectives. Another thing is the legal artifice used to disguise the intromission of the foreign sovereignty and the consequent use of the judiciary itself, with fraudulent purposes, on the part of the executive power of a country that presumed its liberal regime. But the author’s purpose has not been so much to reveal the legal mechanism of the process as to discover the real objectives and to relate the circumstances that led the Gallic authorities to represent, with great fuss of the press, a bloody lesson for some foreigners. That is why, at the end, the book is not a juridical study, but rather historical investigation delves into the social, political, collective and also personal of the Catalans situations, to one and the other side of the border, as well as in the relationships that kept the two kingdoms in that period. To this end, it is taken as a central point of the investigation the adventure of the so-called ‘trabucaires’ of the islands and the premeditated script of the penal process to which these types were subjected, half bandits half guerrillas, just before the eruption of the episode Catalan of the European nationalist revolutions of 1848 called ‘Guerra dels maniters’.