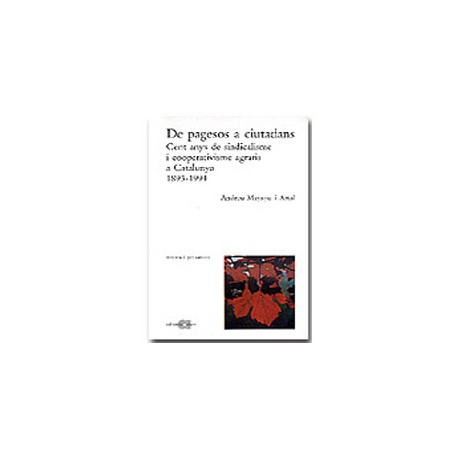 Against the urban image of a rural world marked by individualism and paralysing conformity, this book highlights the dynamism of the peasant mutual society – cooperatives and unions – in a broad chronological arc that goes from its origin to nowadays. The breakdown of traditional culture, with the social transformations of the 19th century, did not pose a destruction of the solidarity of the rural community. On the contrary, the emergence of these new associative institutions, of a democratic nature, would constitute the greatest contribution of popular culture to the development of contemporary political society. A long road started in the context marked by economic restructuring – market impact, urban landowners’ pressure, phylloxera plague – and a strong social conflict that faced independent peasant and tenants with owners who tried to unload on the workers the cost of the agrarian crisis. Soon the autonomous associations of the peasantry and conservative trade unionism promoted by the owners and the church, while they received the influence of the revolutionary trade unions. From then until the time of the European integration, this study allows to follow the secular struggle of the Catalan peasants by ‘living of the earth’ with dignity.