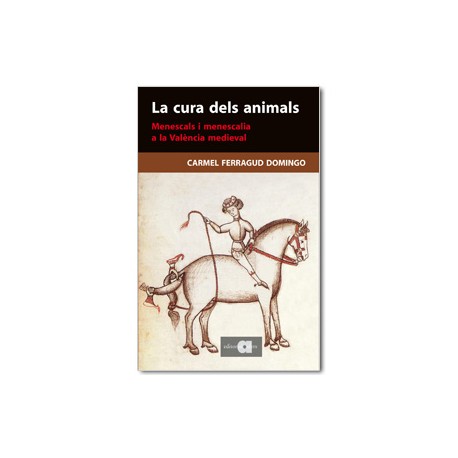 In 1364, a lawsuit faced the court of Civil Justice of the city of Valencia a money changer and a ‘menescal’, the latter accused of negligence of malpractice. From the details on the nature of the contents and the practice of the art of ‘Menescalia’, as well as from the type of individua who used to exercise it, emerge the voice of the witnesses of the process with a richness of unusual nuance. The quality of the information provided by this magnificent document, as well as other complementary sources from the Royal Chancellery and Archives of the city, have served Carmel Ferragud to explain one of the least known medical occupations in the medieval Crown of Aragon and in the West of Europe: the care of animals. The study remarked the great importance of equines in late medieval society, but also other beasts such as those destined for human consumption, or dogs, birds of prey and even wild beasts guarded in the Palace. The high value given to certain animals forced them to seek solutions to raise them and to care for them conveniently in their aliments, following the principles of the galenism, a doctrinal basis on which human medicine was also supported. Thus, we have contrasted the theoretical bases of the art of ‘Menescalia’, present in the manuscript preserved, with their daily exercise, which was carried out in the works of the streets of the Gothic Valencia. In short, this research brings us closer to the medieval world from a little-known side, but that certainly had a great weight in that society, which remained for centuries.