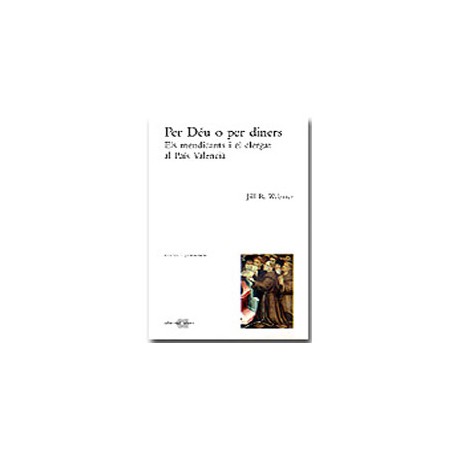 The expansion of the mendicant orders during the low Middle Ages not only meant a change in the spirituality of the time, but it had a profound cultural and socio-political implications. In the Catalan-Aragon territories, the establishment of Franciscans, Dominicans and, to a lesser extent, Carmelites and Agustinians, was supported by a monarchy that found in the new religious collaborators valuable to reinforce their power and to be projected on the international stage. The emergence of the mendicant orders, however, often found the opposition of the secular clergy. The favour of the Crown and the influential laity, the popular acceptance, the intellectual effectiveness of the friars, apart from the episcopal framing, were a hard blow for the parishes. A religious competition for the parishioners, which was ultimately also a struggle to capture accessions that translated into economic donations and social political influence. The book thus focuses on the controversial situation of Valencia at the end of the 14th century and the arbitral solution to which was reached with the intervention of Saint Vicent Ferrer.