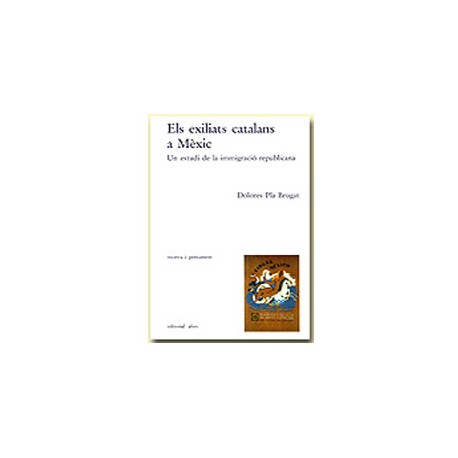 The recently disappeared Avel·lí Artís Géner, Tísner, wondered in the prologue to this book: “how many were we, those who agglutinated under the denomination of ‘refuges’?” The question, no doubt, is deeper that it seems, for even today the consequences of exile for the losers of the 1936 Civil War are not entirely known. So, we still lack deep to help us understand better what happened to our exiles, those people who lived one of the most dramatic situations in our contemporary history. In this sense, Catalan Exiles to Mexico becomes an essential work, especially because it is precisely Mexico – “the most generous country on the planet” according to Tísner – one of the sites that most refugees hosted, thanks to the solidarity policy that president Lázaro Cárdenass carried out. The author of the book – daughter of exiles – reports, step by step, the way of exile: first to France (in those camps of subhuman concentration), and then to Veracruz. Among many other issues, the author studies the socioeconomic profile of the refugees, the reception they had, the official agencies that took care of them, the relationship they maintained with both Mexicans and former Catalan residents and Spanish, social and economic integration in their new country, etc. Moreover, it should be noted that Catalans Exiles to Mexico takes much into account the experience lived and told by the same exiles: the author often refers to interviews of refugees which are very eye-opening about the way exiles really lived.