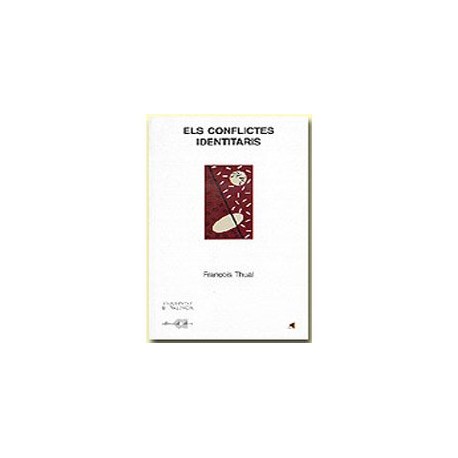 As a successor to the global fight between East and West, the new worldly disorder is imposed by a great number of conflicts in the name of the nation, ethnic and religion. Among all these questions, a type of conflicts particularly violent because they have an intellectual and emotional structure can be separated: the conflicts with identity. According to François Thual these conflicts are, nowadays, a source of massive disorganisation of the international relationships. Any of the conflicts in which the nations, ethnics or religious groups have encountered are the one with identity. There is only conflict with identity when a group is persuaded, rightly or wrongly, to believe that it is threatened to disappear, physically or politically. Thual, in The Conflicts with Identity, tries to show the universality of these conflicts, present worldwide under different forms: from the its reappearance in the ex-communists countries, to its constant presence in other places like Islamic countries, in Oriental Asia, in South America, in Europe and Africa. In the last part of the book, Thual summarises the identity problems and their possible evolution.  Concerning the retribalisation of the planet, with the risk of a return to the wild state of the international society, is the conclusion that cannot be discarded in the returning of what concerns identity nowadays.